Born in Rome, Italy in June 1983 Marco lived in several European cities, spending a longer part of his youth in Paris, France and Berlin, Germany. He has a law and a business degree and currently lives in Cologne, Germany.

From an early age, Marco has always been attracted to sports. He started playing football in the streets in Italy after school and keeps pursuing this passion ever since. He never misses a match of his favorite team, AS Roma.

Marco started getting actively involved in music at the age of eighteen. In that period of time the most influential bands to him were Oasis and Bush. He began writing songs and ultimately founded the britpop band ‘Half Past Nine’. At the same time he also performed as a singer for a metal band at several clubs in Berlin. He recorded an EP (“Demo One“) with Half Past Nine in 2005.

After Half Past Nine split in 2007, he continued writing songs on the acoustic guitar while mainly focusing on law school from which he graduated in summer 2008. He then moved to Torino, Italy and afterwards to Düsseldorf, Cologne and Berlin, Germany.

During his first year in Düsseldorf he wrote several songs, including ‘Mainstream Dolls’, ‘Velvet Bullets’, ‘Chemical Soul’, ‘When They Come’, ‘So Hard To Break You’. These songs clearly show britpop influences accrued during his early youth.

In May 2013 AS Roma suffered a dramatic defeat in Italy’s cup final which led him to write the song ‘Yellow&Red’. In 2013 he moved back to Berlin and started finalizing the recordings for his first solo album ‘Are You the Enemy?’ and wrote the song ‘All These Bitter Days’. ‘All These Bitter Days’ marks the bridge between his hedonistic, earlier britpop-influenced songs and a more discerning and contemplative modern rock style. He is currently working on his second solo album. 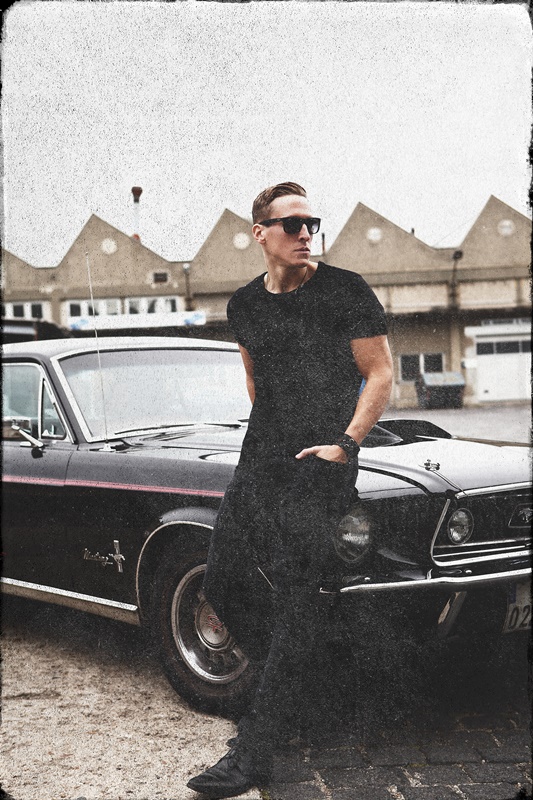